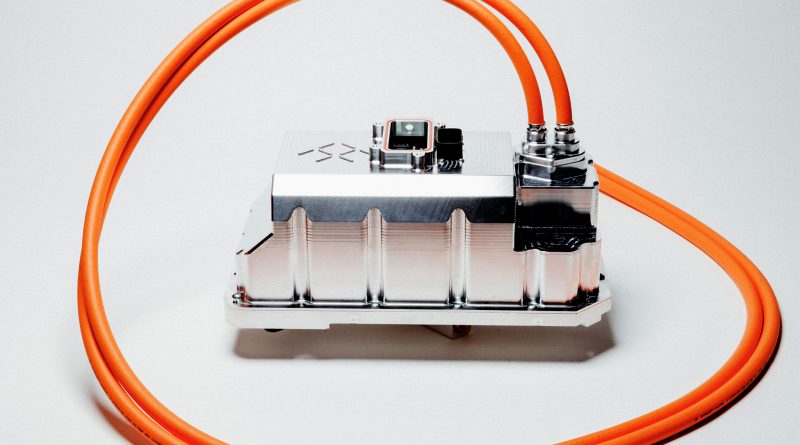 Like proud new parents, Faraday Future have announced their first patent. FF’s engineers, led by Silva Hiti, Senior Director of Electric Drive at Faraday, sat down to solve several long-standing challenges facing current production inverters. Issues with reliability, manufacturability, and power density were key obstacles they wished to overcome when designing this new device from the ground up. Primarily engineers sought to reduce the mechanical complexity of our inverter while meeting the ambitious performance requirements we aimed to achieve.

The FF engineers decided to reduce the inverter to its core elements. Rather than assembling an inverter from off-the-shelf parts, they instead pursued an entirely original inverter architecture – to achieve a simpler, more straightforward design.

“Condensing the number of transistors and other complex components enhances the inverter’s overall stability and dependability,” explained Silva Hiti, “allowing us to accomplish far more, with fewer materials.”

An ageless engineering mantra states that the more interacting parts you integrate into a system, the more opportunities you have for something to go wrong. With power inverters, such issues could include an asymmetrical sharing of current across parallel components, causing certain parts to experience unforeseen stress. Eventually, this stress could lead the inverter to shut down – possibly causing your car to suddenly stop moving altogether. By reducing the FF Echelon Inverter’s design to its core elements it is far easier to monitor and ensure against these intricate issues – resulting in a safer, more dependable machine.

Additionally, this will result in decreased manufacturing expenses, since the testing necessary to safeguard against these concerns is much less cost-intensive when analysing such a reduced number of components. Its production should also be less demanding as well – both in the complexity of the process and its environmental impact. Its overall package will also be more compact, allowing for expanded interior cabin space and a more comfortable passenger experience.

The FF Echelon Inverter’s unique design supports an unprecedented degree of what’s known as power density – meaning that it can transform energy more efficiently, while encompassing less space. FF believe the Echelon Inverter achieves 20-30% greater power density than competitors’ systems, allowing it to transform that many more watts for every gramme.